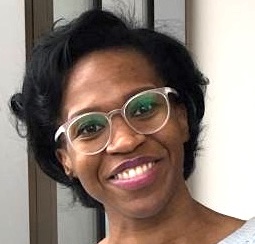 Transcript for EP #164: Kalisha Bonds: African Americans and Dementia.  Much of the research on dementia in the United States has overlooked African Americans, but the prevalence of dementia in this population is more widespread than you might think. Kalisha Bonds did a deep dive into the subject as a PhD candidate at Oregon Health & Sciences University (OHSU). Her research focused on decision-making and the use of formal medical care by African Americans with dementia and their care partners. In this interview Kalisha tells us how being raised by her grandmother inspired her career path and what she’s uncovered in her research. She tells us how she found research participants in the Portland area, and how the culture compares with the rural Tennessee town where she was raised. She also defines a word you’ll find hard to forget: dyad. Kalisha Bonds, MSN, PMHN-BC, was a PhD candidate in the School of Nursing at OHSU when this interview took place; she has since defended her dissertation and is now a PhD.