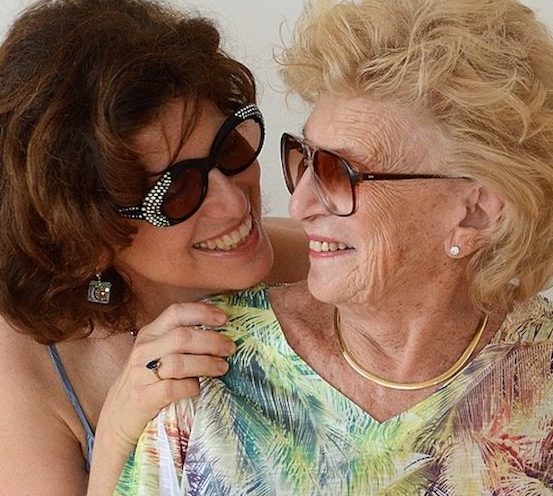 Transcript of EP #168: Gayle Kirschenbaum on her film "Look At Us Now, Mother!"  If you’re having a hard time caring for a family member or friend, chances are there are lingering wounds in the relationship.  But choosing the path of forgiveness can heal even the most fractured bonds.  Take it from filmmaker Gayle Kirschenbaum, whose emotional abuse as a child made her feel like she was born into the wrong family.  Her relationship with her mother was especially harsh, but Gayle chose the path of forgiveness and chronicled her journey with her mother from enemies to friends in the film, "Look At Us Now, Mother!"  Gayle shares the back story on her funny, short film "My Nose" and tells us how audience reaction to the film led her to make "Look At Us Now, Mother!"  She also tells us how her 96-year-old mother is handling her fame from the movie in her Boca Raton, Florida community, and why her mother is still the life of the party.