7 Questions for the Seniors Leading the 2016 Presidential Pack 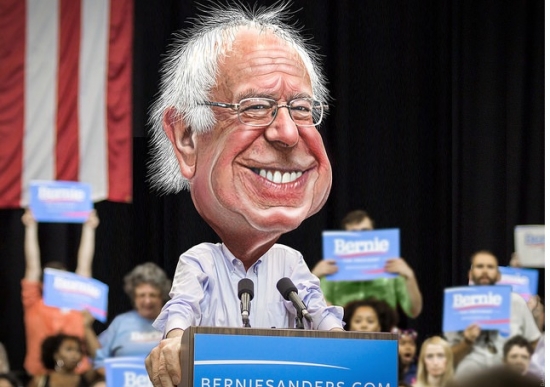 So far none of the 2016 Presidential candidates has staked out a clear position on how the US should tackle the cost of long-term care—the largest unfunded liability facing the baby boomer generation.  Nor has any candidate said what he or she would do to help America’s 43 million unpaid family caregivers.  Or what the candidate would do to fight ageism in America.

These are troubling facts, given that America is about to experience an unprecedented explosion in its senior population, with 78 million boomers either entering or near retirement.

It’s not as if the top Presidential contenders are biologically removed from aging issues.  When the next President is sworn in on January 20, 2017, the current top two contenders from each party will be this old:

It’s astonishing how members of the media have failed to discuss the 2016 Presidential frontrunners’ ages, especially considering what a unique opportunity this presents for asking how they would address the needs of our aging population.

Here are seven age-appropriate questions that should be asked of the leading Presidential candidates:

(1)  The number of people your age and older is expected to rise dramatically in years to come. What is your vision for how to address their long-term care needs?

(2)  What role do you see the government playing in the event that you or someone in your family becomes debilitated?   In other words, what do you see as the  government’s role in caring for the most vulnerable among us?

(3)  Many people your age and older are dangling by a thread economically.  What are your concrete plans regarding income security for older Americans?

(4)  As someone who has likely had the need for one or two drug prescriptions as you’ve gotten older, how would you address the problem of rising drug costs in America if elected? (will any of the presidential candidates pay attention to this multi-step plan?)

(5)  The Older Americans Act (OAA), is the only federal program that offers help to family caregivers.  But the 2014 OAA has expired, and while the Senate reauthorized the OAA in 2015, the bill has yet to pass in the House.  Given this and the fact that you have likely experienced some sort of caregiving responsibility within your own family, what would you do to help America’s 40 million-plus unpaid caregivers?

(6)  Given that we live in a youth culture, it seems likely that at some point you’ve been discriminated against because of your age.  As President, would you make it a priority to identify and eliminate age-discrimination in public policy and private practices?

(7)  What is your vision for fighting ageism in our swiftly aging nation?