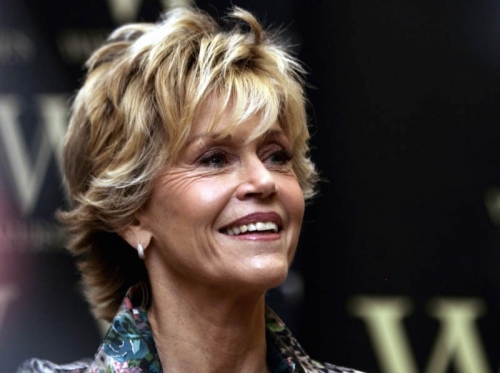 Hollywood legend Jane Fonda has gone from playing a voluptuous intergalactic agent in Barbarella and winning an Oscar for her role in Klute, to sporting a leotard as a fitness guru, being a breast cancer survivor and an outspoken opponent of the Vietnam War, which she later admitted was an “unforgivable mistake.”

Say what you will about this daughter of another Hollywood legend, but there’s no denying that Jane Fonda has a remarkable ability to learn and grow with age.  And at age 77 Fonda is still challenging herself with new roles, and talking openly about aging.

For an inspiring look at this woman whose diehard spirit is a prime example of aging well and wisely, check out these entertaining stories and clips: