Episode 58: The Person I Am In My Head

Fine artist Tony Luciani began taking photos of his 93-year-old mother Elia after she moved in with him in 2014. Primarily a painter, Tony initiated the photography project as a way to engage with his mother, who has dementia, and to create a keepsake for himself.  To his surprise the “visual diary” drew widespread attention, and a collection of photos his mother took with a small camera Tony gave her resulted in her own exhibition.  In today’s show Tony talks about his evolution as an artist and a caregiver, his Italian heritage and what it’s like to live with Elia.  He also shares the stories behind some of his photos, tells us how his mother’s journey from one park bench to the next formed the basis of a new project and talks about what he hopes to achieve with his work.  And then there is the “hum.” 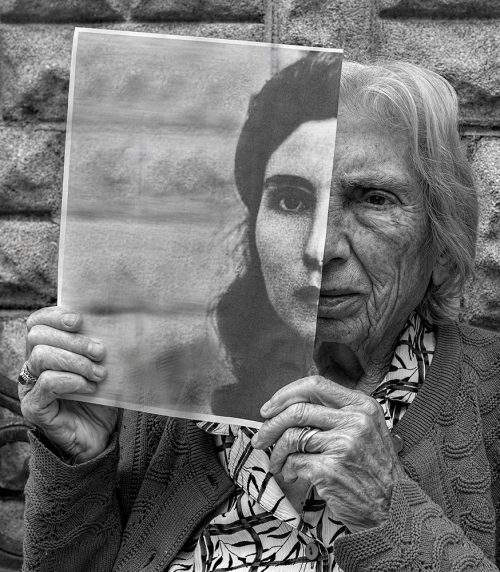