Finding Cure for Alzheimer’s: Sexy. Supporting the 5 Million+ With Dementia: Not So Much. 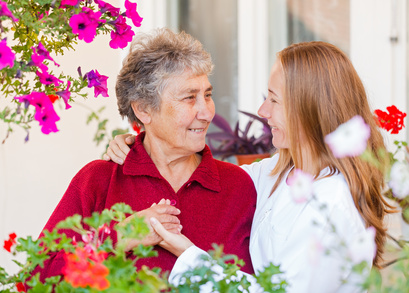 At a campaign stop in May, 2016 Republican presidential candidate Jeb Bush revealed that his mother-in-law has Alzheimer’s disease.  He asked people to email him their ideas and suggestions for how to cure the deadly disease.

Journalist and producer Maria Shriver did just that, emailing a list of ideas. Here’s an excerpt from Bush’s email reply:  “We need to increase funding to find a cure. We need to reform FDA [regulations] to accelerate the approval process for drug and device approval at a much lower cost.  We need to find more community based solutions for care.”

The problem with Bush’s response: as Governor of Florida he repeatedly vetoed legislation aimed at Alzheimer’s research and care, even as he approved tax cuts for wealthy Floridians.

Another, bigger problem: “increasing funding to find a cure” isn’t going to help the more than 5 million Americans battling dementia right now.  And support for those folks is sorely needed.  Here’s why:

No wonder, then, that a recent study led by University at Buffalo researcher Davina Porock shows that the top priorities for dementia patients and their caregivers are financial resources for respite care and short-term caregiving support. “Sure, most people in our surveys would love for there to be a cure,” Porock noted in the study’s press release,  “but in the meantime they all have this disease and they need help.”

A summary report of the eye-opening UB study is available here: Summary Report

The mammoth funding gap between Alzheimer’s research and support for patients living with dementia fits with a national narrative that has been hijacked to privilege cure over care.

For clues to how we arrived at this framing, look no further than the name chosen for Maria Shriver’s recently launched Alzheimer’s awareness campaign: wipeoutalzheimers.org

Not only is the title for this high-profile campaign misleading—because the campaign is about more than “wiping out” Alzheimer’s—it reinforces the existing narrative that curing the disease is more important than helping people with dementia manage it in the here and now.

I doubt this was Shriver’s intention, but in today’s media landscape, flooded with race-for-the-cure, walk-for-the-cure slogans, the name “wipe out Alzheimer’s” sounds redundant.  Instead, how about creating a star-studded campaign called something like “Support Alzheimer’s Troops”?