Why I Chose To Bare All For The New York Times 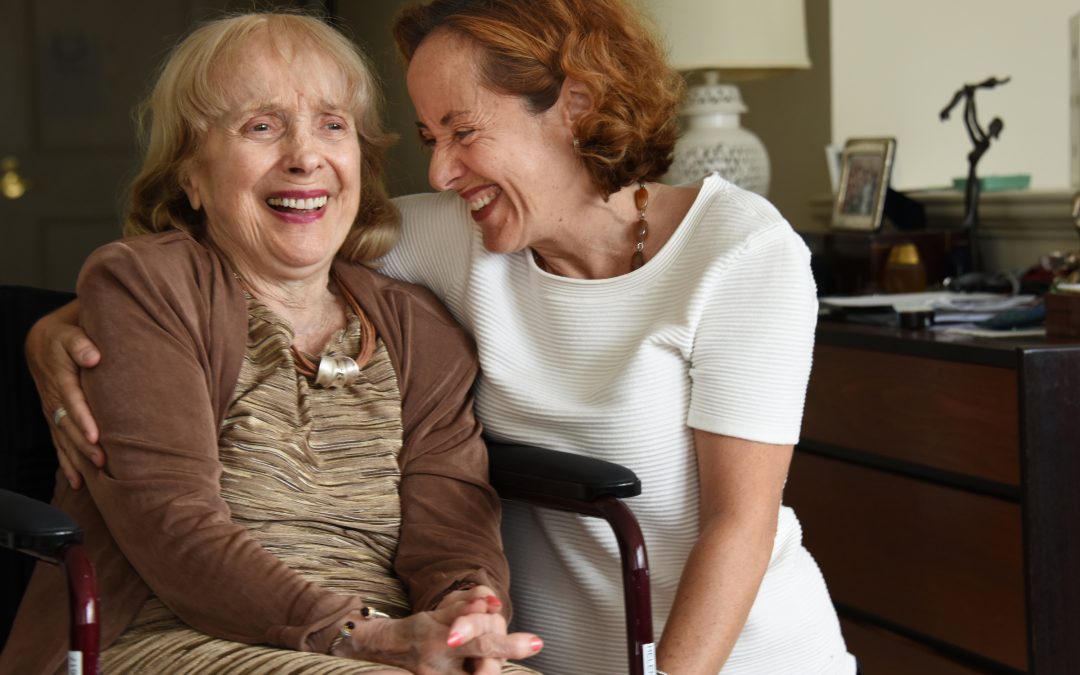 It’s not every day you get a call from a reporter asking to profile you for an article in the New York Times.  But that’s what happened about a month ago after journalist Mark Miller got my contact information from Grace Whiting of the National Alliance for Caregiving.  I’d volunteered to be a media contact for the NAC, and in mid-June Grace called to ask if I would speak with Mark about an article for the paper.  I said, “Sure.”

Mark Miller writes on retirement issues for the Times.  After getting the green light from Grace, he emailed to say he was working on a piece about how taking time out of the workforce to care for a loved one affects your Social Security benefits.  Would I be willing to talk with him about how caring for my mother has affected my benefits?

I hesitated.  Becoming a primary caregiver for my mother was in many ways a positive experience, but it was also incredibly stressful because it impacted my ability to earn a living–something I wasn’t necessarily eager to spell out in hard numbers.  Like most people I don’t share information about my net worth with the public at large.  But I knew that in order for Mark’s story to hit home with readers of the Times–and with policymakers–I’d have to bare my financial soul.  I emailed him back saying let’s set up a time to talk.

Why did I agree to this?  And why did I go so far as to give Mark my latest Social Security statement so he could quantify the issue for readers?  Because since my father’s passing, I’ve made it my life’s work to advocate on behalf of caregivers like me who work in the shadows.  Yes, caregiving is rewarding.  But let’s all stop pretending that it doesn’t also have massive consequences for the future financial security of those caregivers.

America’s 40 million-plus family caregivers are desperately in need of support, and expanding Social Security to help them is one way of providing that support. What better time than during a presidential election season to highlight this issue?

When Mark and I spoke, I told him about my experience of caring for my mother after my father died suddenly in 2009, two days before Thanksgiving.  At the time I was living in LA and in a major career lull.  My parents were living in Maryland, aging in place, in the house of my youth.  I flew east for my father’s funeral, and was heartbroken on arriving at my parents’ house to see my then 80-year-old mother standing hollow-eyed in the hallway.  She seemed so vulnerable.  So lost.

Mom and dad had been married for fifty-six years, and they’d had more than a good marriage; in speaking about it with friends, I often referred to it as “the marriage of the century.”  I knew that in such marriages it wasn’t unusual for one spouse to die soon after the other because the surviving spouse loses the will to live.  Having just lost my father, I couldn’t bear the thought of losing my mother too.  So I made a life-changing decision: after spending my entire life in New York and LA, I decided to move back to my hometown and into the house I grew up in.  I was determined to save my career and my one remaining parent. But the task of rebuilding two lives at once, my mother’s and my own, was much bigger than I could have imagined. What began as a win-win for mom and me turned into a lose-lose for both of us: after three years of living together, I still wasn’t earning a living and Mom was still mired in depression. She had her good days, but they were few and far between.  And my mother had also been diagnosed, in 2012, with the early stages of Alzheimer’s disease.

I wrote a book about my experience and started my weekly podcast series (The Agewyz Podcast) in order to raise awareness in the media about the problems caregivers face–and the joys they experience.  Because when it comes to caregiving the stakes are high for all of us.  We need to paint a full and true picture.

We will never be truly strong as a nation until we’re willing to talk frankly about the cost of long-term care–to caregivers and their loved ones–and until legislators commit to the challenge of working with innovative thought leaders to find effective solutions to the problems of long-term care.  One such solution is updating Social Security to give benefits to America’s millions of caregivers.

Lasting change to America’s outdated system of care can and will occur if caregivers and the organizations who advocate on their behalf continue to speak out.  Caregivers in particular need to tell their stories.  We need to be seen and heard.  That’s why I chose to bare my financial soul.

Thanks to journalist Mark Miller and the New York Times for writing about this extremely important issue.  You can read Mark’s article here: Calls for Social Security Expansion Grow Louder in Washington.